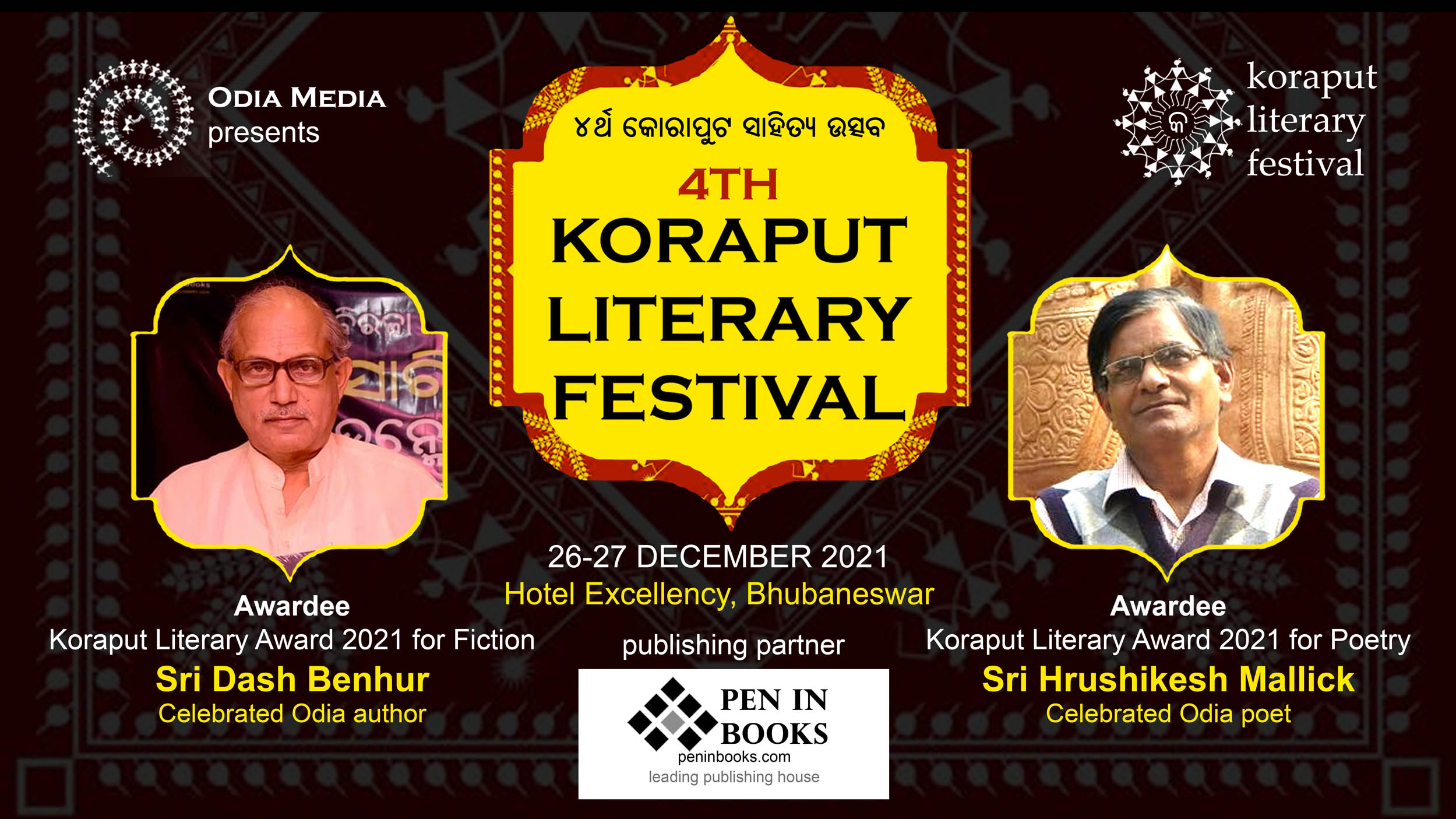 Bhubaneswar: The 4th edition of Koraput Literary Festival (KLF 2021) is going to be held on December 26-27, this time in Bhubaneswar instead of Koraput. A congregation of hundreds of authors, intellectuals, artists, politicians, thinkers and policymakers – this festival usually takes place in Koraput each year for two days. However this time Odia Media Private Limited, the producer of the event, brings KLF to Bhubaneswar putting the margin at the centre.

Well-known author and festival director Subhransu Panda informed that like past years two Odia litterateurs will receive Koraput Literary Award 2021 with a cash award of 21,000 rupees each. Celebrated storyteller and author of children literature Dr Dash Benhur and renowned poet and president of Odisha Sahitya Akademi Dr Hrushikesh Mallick will receive the award for fiction and poetry respectively. 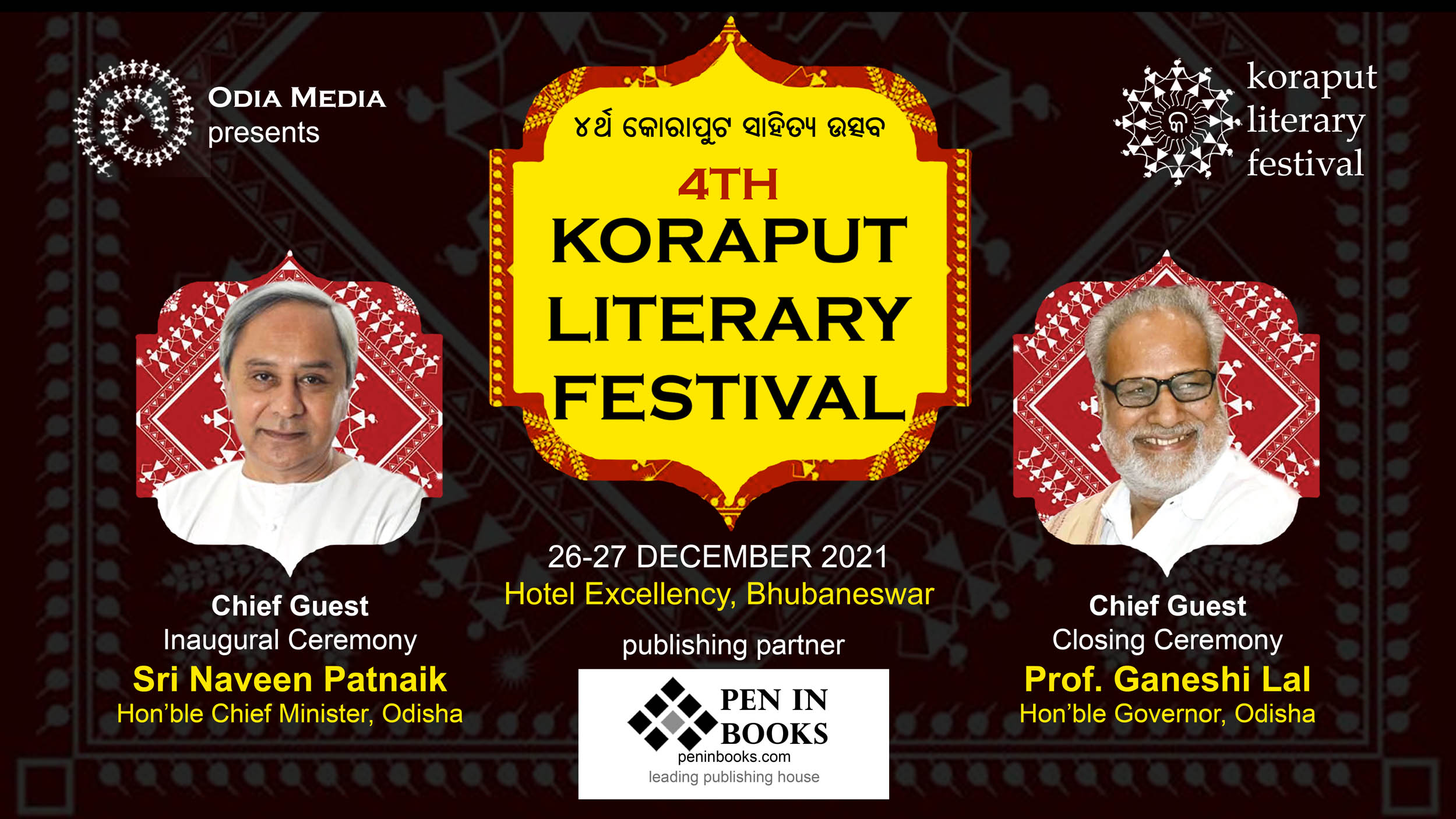 Speaking to the media Subhransu Panda opined, “Koraput Literary Festival declares that the margin doesn’t remain the margin forever merely because of a geographical boundary. It can become the very centre of the centre itself. This is the gravitational change that this LitFest wishes to showcase.” That’s why we bring this festival to the state capital, he further added.

He said, Koraput is not merely a place in the geographical map of Odisha. In a way it has literary, cultural and political significance which needs to be reworked and mainstreamed. The Ramagiri of Kalidas is located in Koraput. It is in Koraput that Hamvir the son of Gajapati Kapilendra Deba set his capital in exile. It is Koraput that gave odisha, for that matter India, the profound exposition of tribal life in fiction.

Koraput happens to be the part of the mythical forest of Exile Dandakaranya and this is also the district which saw one of the largest human resettlement programs in the post independent India.

Koraput again is a tourist paradise which awaits deeper and more imaginative exploration. Koraput entered the industrial map of india as a contested cultural space. Today the issue of the inter-state border, as a federal issue, is focused on Koraput.

What more could a Literary festival in contemporary times look up to when it connects literature with history, politics, culture, people and the state, said Mr Panda.

The festival in Bhubaneswar will host a range of dialogues and discourses on various topics ranging from literature to politics, from development to dilemma. There will be about 10 sessions. A visiting festival also will be organised in Koraput very next day, i.e. on 27 December. 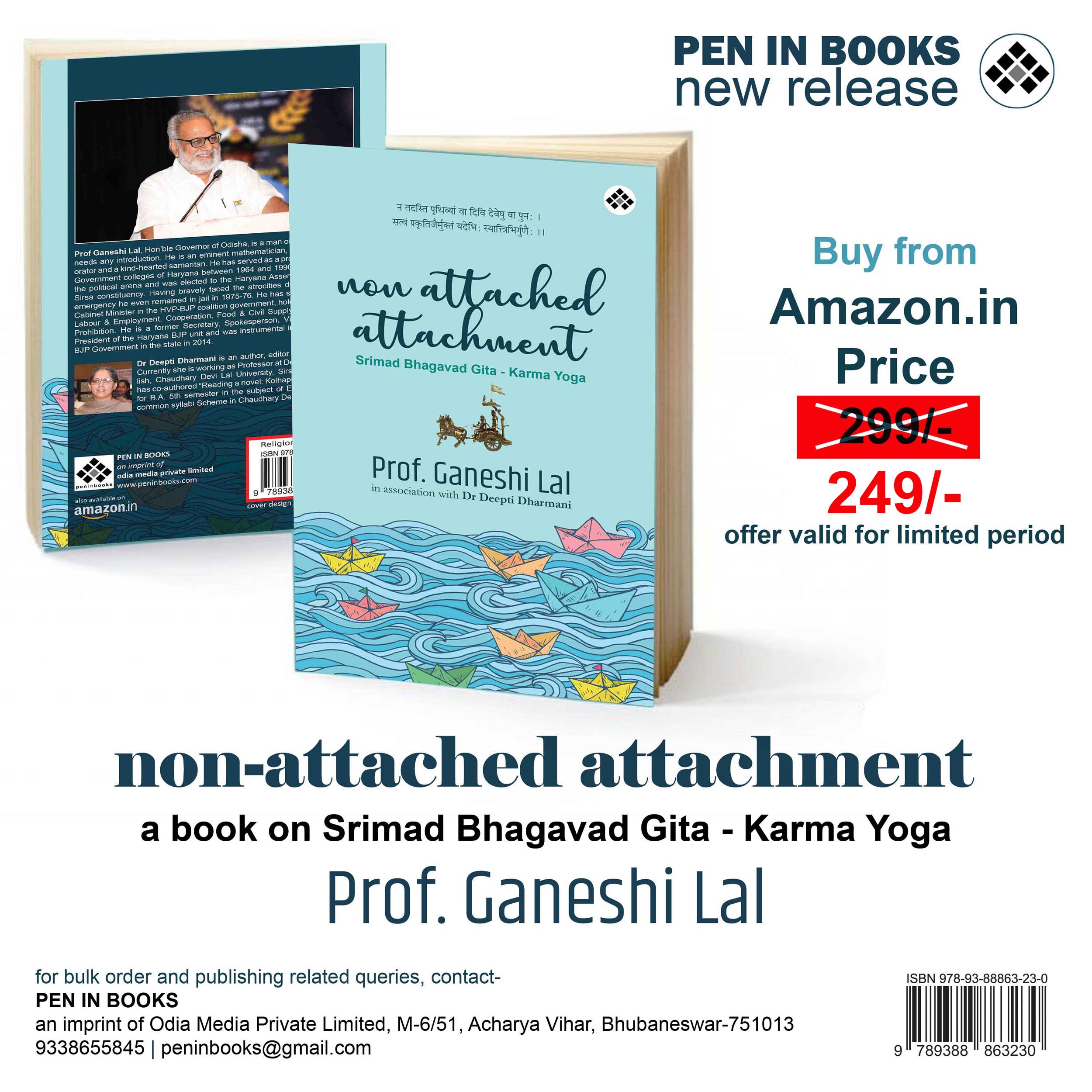